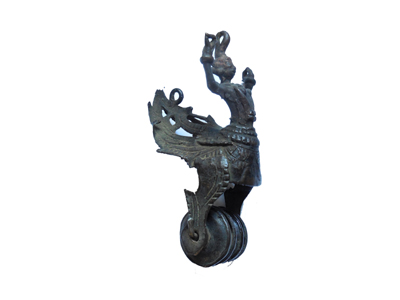 Cast metal heddle pulley used on a Burmese wooden frame loom. The human form raising both arms is known as kinnara mythical musician, half woman half bird, that came from the Himalayas to watch over man during times of trouble. They represent a woman’s beauty and grace. Two small bells are placed inside of the pulley mechanism that chime as the device raises and lowers the heddles of the loom. 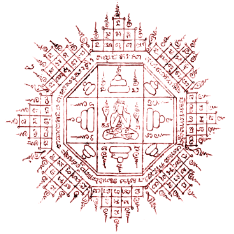 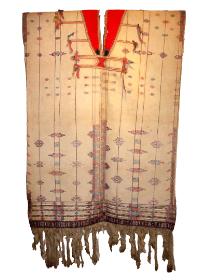